"EAP results will reflect a 3% increase over the prior year in students identified as "college ready"".

There are several errors in the LCAP:

ERROR #5: The LCAP Annual Review is adopted before the new data is out so there is no availability at the time the Board votes on the LCAP to determine if the Goal has been met.

The Official CDE EAP "College Ready" data is as follows:

The data shows a substantial, and continual decline in Math for all students. The data also reflects that the number of students choosing to take Algebra II has declined. When tested, only 3% of students taking Algebra 2 were ready for college work, down from 6% the previous year. 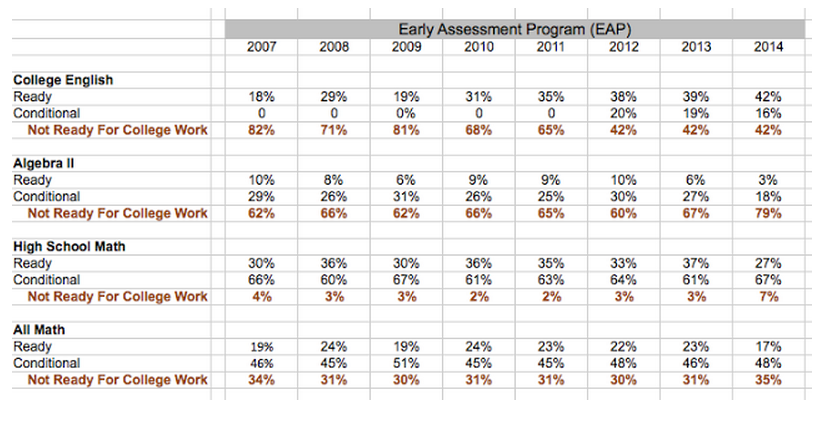 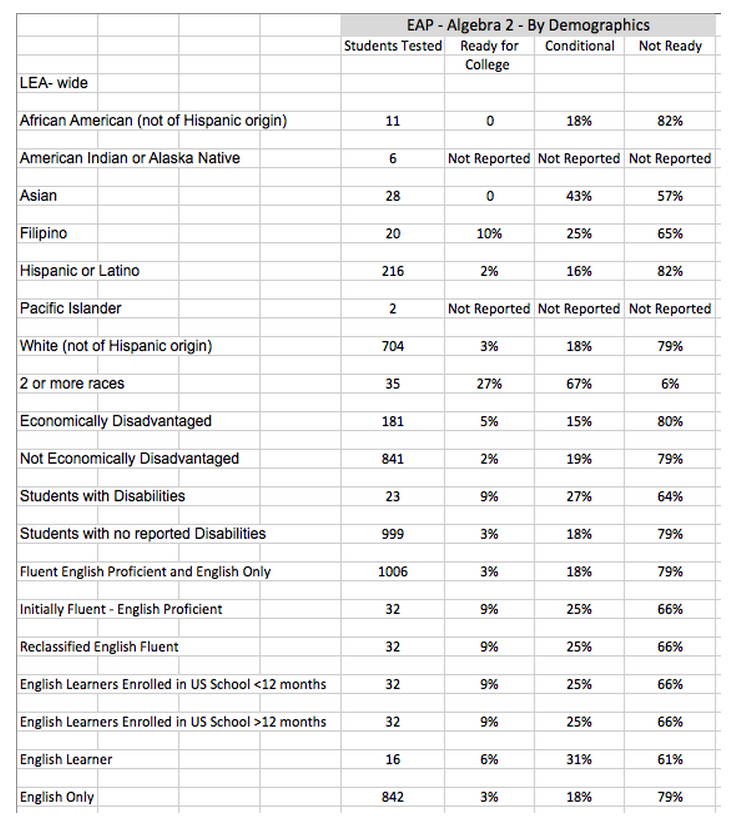 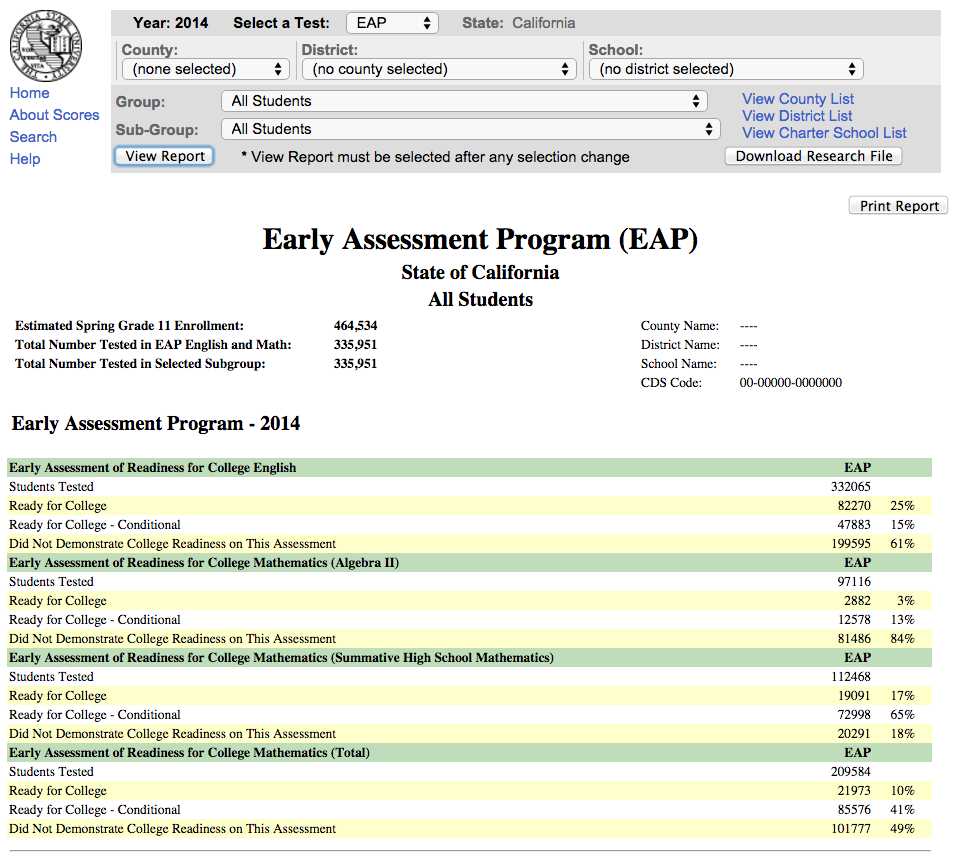 The Board is voting to approve an LCAP that will be submitted for review to the Orange County Department of Education without having the data needed to determine student achievement.

The LCAP is meaningless without data.

The LCAP was approved containing errors which will make the LCAP for the following year have errors.

The accurate data should be: 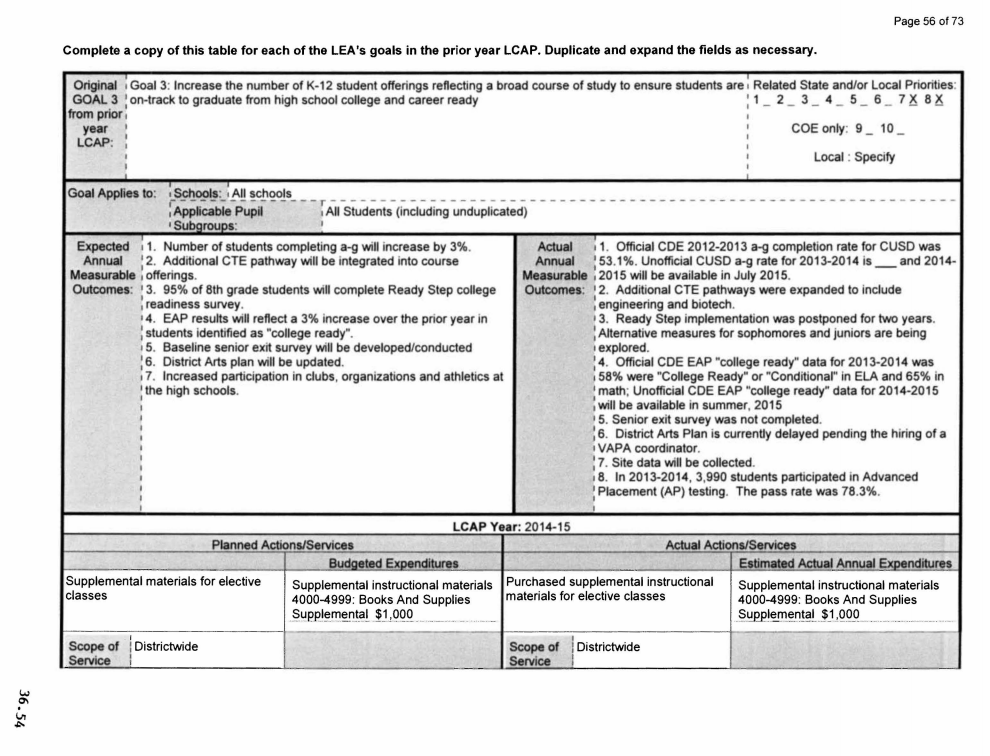 Students wishing to attend a UC or Cal-State school (not Community College) must complete Algebra 2 by the end of 11th grade. In 2013, the number of students that were "College Ready" or "Conditional" in Algebra II was 28%. In 2014 that number dropped to 16% (a 12% decline).

The State of California has changed it's Math standards without informing the public in a transparent manner.